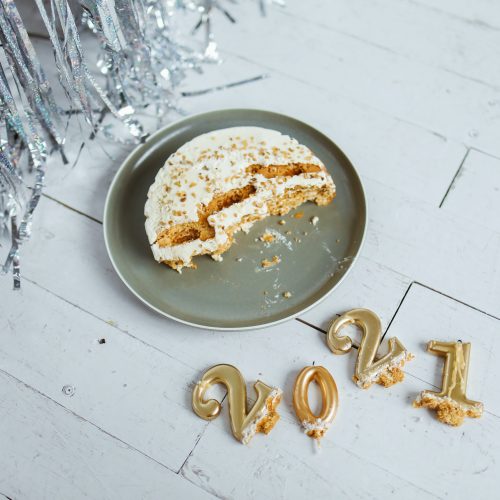 2020 and 2021 were some of the most tumultuous years in modern history. Brands around the world had to adapt to be more empathetic, socially conscious and mindful of current events. The best PR campaigns were the ones that were sensitive to current issues, but communicated hope for a brighter future. Some brands were able to connect the world’s events to their mission and values, without undermining the severity of the issues we were all going through. While some brands may have missed the mark, some got it just right. As a Los Angeles PR agency, here is our roundup of PR campaigns from 2021 that we loved.

Tesco ‘Pop To Your Local Pub If You Can’

As things started to open back up, the UK major supermarket chain Tesco decided to shine a spotlight on dining at local pubs to help small businesses. The campaign ‘Pop To Your Local If You Can’ ran across national newspapers, digital outdoor billboards, and social media. The adds read: “Pubs have had it tough this year. That’s why, for once, instead of telling you about our fantastic deals, we’re using this space to ask you to support them instead (as long as you feel safe to do so). Because right now, every little helps”. With it’s feel-good factor and distinctiveness, it quickly won over the public and became May’s most effective ad!

Airbnb ‘Made Possible by Hosts’

After an unsuccessful lean into performance marketing on Google back in 2019, Airbnb decided to release a major global campaign in order to “educate the world on the possibilities that our Hosts open up for our guests” by showcasing what makes Airbnb so unique. They created a series of documentary-style films using real photographs taken on trips by people at Airbnbs around the world. The campaign connected the nostalgia of those trips with the hope of going on those trips again. They have several chapters out but some of our favorites are Miso the golden retriever at the Stone House, a lake trip between college friends before graduating, and a romantic getaway for two olympic athletes in Paris. Click here to see the rest of Airbnb’s series.

Since the 1920s, Coca-Cola and Santa Claus have had a very strong connection in their Holiday advertisements. In 2021, they focused on the magic of human connection in a time where it was hard to come by. The ‘Real Magic’ campaign features a short film with the message of a community gathering together and celebrating the real magic of humanity. To kick things off, Coca-Cola and Cameo partnered to bring the magic of Santa to families who couldn’t see him in person. “Cameo exists to facilitate impossible fan connections and create memories that last, and we’re thrilled to partner with Coca-Cola to bring a new way for families and fans to interact with Santa Claus this holiday season,” said Arthur Leopold, Chief Business Officer, Cameo.

Last but certainly not least, the mysterious ‘30’ billboards that appeared across the world to promote Adele’s new album. At the time, the world didn’t know what these billboards were, and that’s what made it so newsworthy. Projections of the number ‘30’ appeared on global landmarks such as the Louvre, the Coloseum and the Empire State Building. While vague and cryptic, fans were able to piece together the clues. Several news outlets, like the Rolling Stone, covered this PR campaign speculating her new album release would be coming soon. Fans took to social media showing their excitement and support for Adele’s new music and how she chose to promote it.