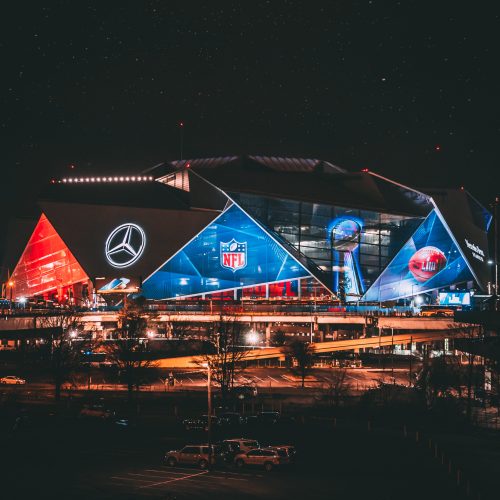 February has come and gone, and what a month it has been. At our lifestyle public relations agency, we love seeing creative and timely campaigns that change the game. This past month did not disappoint. In this roundup, we recap the most impressive and unique public relations tactics that happened in February.

Some watch the Super Bowl for the football, some watch it for the commercials – as public relations professionals, to us the commercials are definitely the best part. This year, several brands stole the show with some hilarious and well-crafted ads. One standout was Pepsi’s “More Than OK” ad. Its self-awareness really nailed creating a positive spin on the widely-known “is Pepsi OK?” question from restaurants worldwide. With Steve Carell leading the commercial and features from Lil Wayne and Cardi B, whose signature catchphrases are literally variations of “OK,” this ad was brilliant from all angles.

Every year, Valentine’s Day poses a great opportunity for ingenious public relations campaigns. One of our favorites included WILD LIFE Sydney Zoo’s eye-catching competition to ‘Name a Snake” after your ex. This aimed to raise money for the WILD LIFE Conservation Fund was a fun way to put a savage spin on the classic love holiday. Burger King and Tinder teamed up to maximize #singleawarenessday to swipe right on the King for 1 cent Single Sourdough King burgers. See more of our favorite V-Day campaigns here.

Campaign of the Month: The World Record Egg “Cracking Campaign”

The Instagram account @world_record_egg took the world by storm after sharing an oddly simple photo of a single egg with one goal: to break Kylie Jenner’s record for the most likes on a single post. First posted in early January, the egg received over 18.4 million likes in just under 10 days, making it the most liked photo on any social media platform in history.

However, the account revealed it’s true intentions in February. It shifted from a mysterious photo of a single egg to a meaningful mental health awareness campaign. The account began posting photos of the egg cracking gradually, ultimately releasing a video on February 4. The campaign spread a message about the pressures of social media. It did so by sharing a link to the Mental Health America website. The campaign was a brilliant way to get the attention of millions of social media users. Additionally, it was able to share an uplifting message about taking care of your mental health online.