It has been a rough year for Boeing, leading to a serious PR crisis.

A full-fledged PR crisis fell into place, and people all around the world are mourning and demanding answers. Here we take a step-by-step analysis of the crisis communication strategies by Boeing’s PR team on the recent 737 MAX 8 crash.

Boeing has a vast Twitter presence, with 17 different accounts to cover the different regions and industries that they are in. Moments after news of the Ethiopian Airlines Flight 302 crash, @BoeingAirplanes tweeted a statement from the media room, which was retweeted by their primary company account, @Boeing. 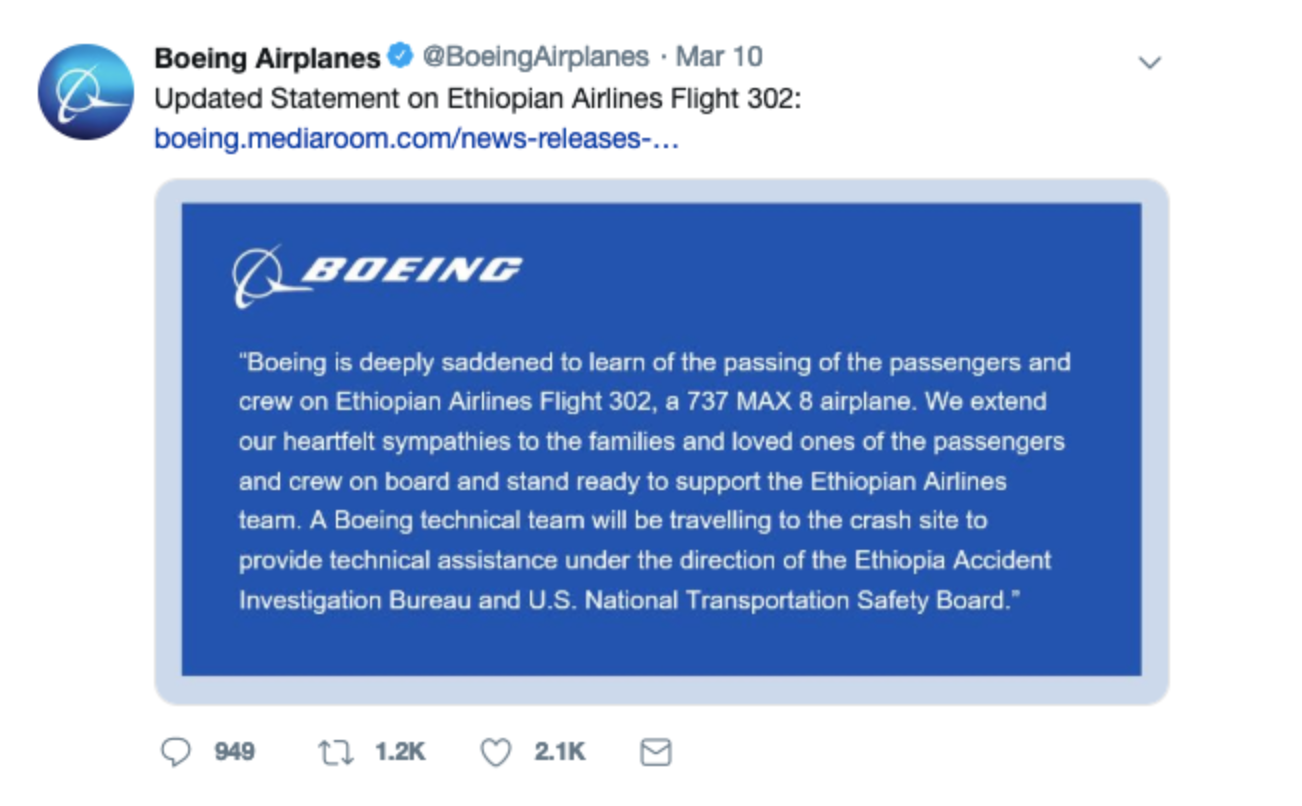 “Boeing is deeply saddened to learn of the passing of the passengers and crew on Ethiopian Airlines Flight 302, a 737 MAX 8 airplane. We extend our heartfelt sympathies to the families and loved ones of the passengers and crew on board and stand ready to support the Ethiopian Airlines team. A Boeing technical team will be traveling to the crash site to provide technical assistance under the direction of the Ethiopia Accident Investigation Bureau and U.S. National Transportation Safety Board.”

Boeing continued to release timely statements on Twitter and Facebook following updates on the investigation of the crash. The tweets show empathy and offer a heartfelt apology, but do not offer up a lot of information, allowing the media to speculate and create news for themselves.

On March 11, Boeing released a press release on the software enhancements that they had been working on since the first crash on the Lion Air Flight 610 to make the aircraft safer. The press release emphasized that safety is their top priority. It also offers information on the steps that they are taking to correct their mistakes.

On March 13, they released a follow-up statement announcing their support of the government’s action to temporarily ground all 737 MAX flights around the world. The press release did a good job at expressing empathy and stood behind their position that the planes are safe. This maintained their credibility and instilled hope in their audience. The statement was short and to the point, and gave enough information to ease the public’s questions. 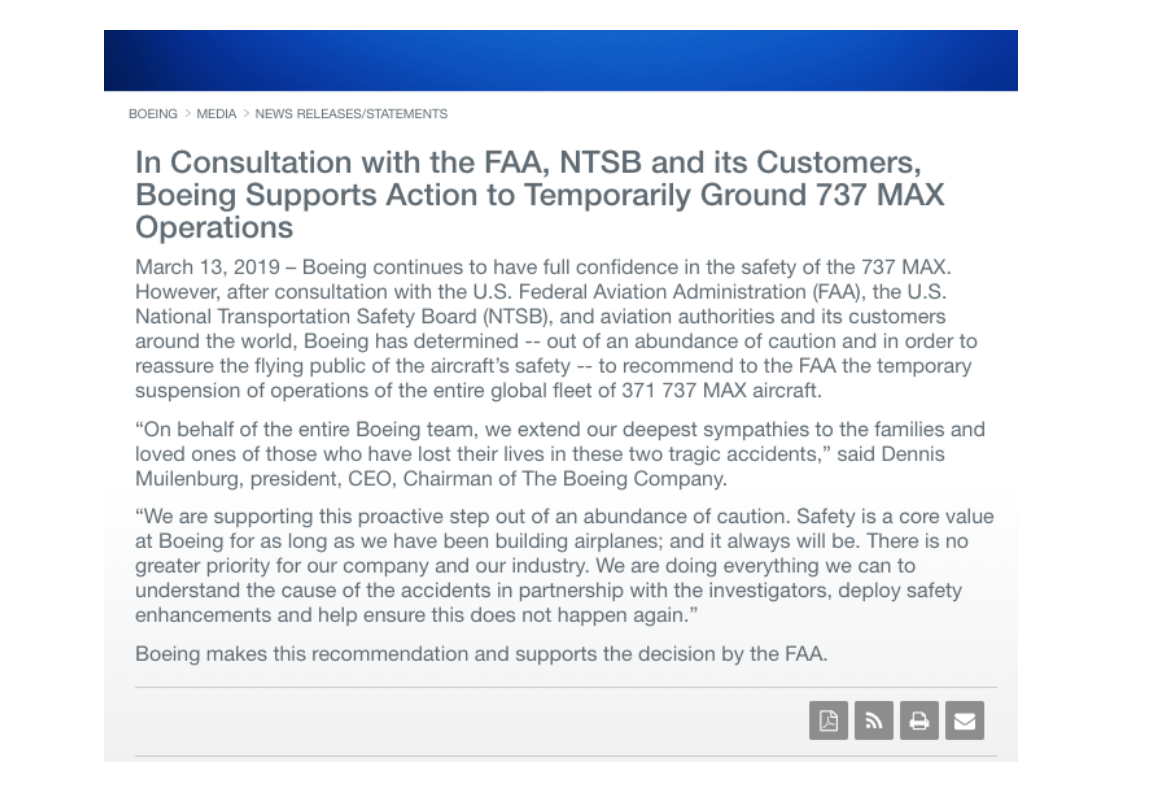 At the end of the day, Boeing followed the typical PR crisis protocol in their responses. As PR practitioners, we can learn from this as a lesson that responsiveness and information are keys for easing a crisis. Integrating emotion and empathy into statements is essential to maintain positive relationships with your stakeholders.

Read about our breakdown of United’s PR crisis here.