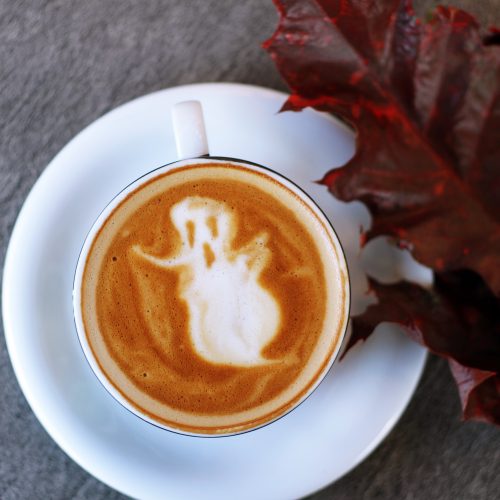 It seems like candy hits the stores earlier every year and companies rush to roll out their fang-tastic and spooktacular public relations and marketing campaigns to grab your attention and give you pumpkin to talk about. We’ve put together some of our all-time favorite Halloween public relations campaigns, so pick your poison, drink up witches and keep reading. (Don’t worry I have even more puns for you.)

This campaign kicked off with a truly terrifying 90-second video where a boy on a bike is escaping a group of clowns, one which looks questioningly close to Ronald McDonald…

The campaign reignited the long-time feud with fast-food rival McDonald’s by offering customers refuge at their restaurants from the clown competitor. It was successful in transferring the trust and bringing in customers to their restaurants instead.

This popular clothing company paired up with Netflix and one of the most popular TV shows right now to create a thrilling experience for customers. They decorated their London flagship store to look like sets from the show. Fans could purchase merchandise and learn about the upcoming episodes. This campaign was successful because it focused on what people were currently loving and what would make the customers happy. Happy customers means more business and that makes a thriving company.

This collaboration was groundbreaking for combining a physical product and social media. Fanta released Halloween-themed cans with QR codes. Once you scanned the code, special Snapchat filters were unlocked. This campaign was successful because it used social media, which everyone has. It was so easy and fun for customers to participate.

M&M’s killed it with this interactive ghost story across all social media platforms. It was seven chapters of 30-second animated videos that kept the story going and allowed users to vote for one of two options for the main character to choose from. Eerie tunes and creepy scenery kept people engaged for weeks leading up to the holiday, which made this campaign extremely successful.

Just like the murderer tracking your every move behind you with an axe in a horror film, once you click on these targeted banners, they will track you online and appear in an ad banner on every website. The only way to break the curse is to push it onto a friend. This spoke to their millennial target audience and used the internet to successfully spread the word of their campaign.

All of these campaigns were successful because they did a good job incorporating the holiday theme. They were an interactive experience or entertained and stuck with the consumer. When thinking of your next campaign, take a look at these examples, get creative and creep it real! Don’t be afraid to think of out-of-the-box ideas, if you’ve got it, haunt it. Ok, that’s it for the Halloween puns. Happy campaigning!